What a day we had last Thursday! Sunny, still, warm, dry.  We’re not used to playing golf in such conditions.

This was our first open senior competition since 2019, and what a relief it was to return to something like normality. The competition was open to over-55s, and we had 83 entries in total, with players coming from many clubs throughout Cornwall, and even a few from across the border in Devon. We did miss the usual prize-giving at the end of the day, though; the list of  prize winners is below.

And so to the results. When Roger Jenkins, one of the first out, came in with 40 points, we thought that would be a hard score to beat, and so it proved, with only two players scoring more. Both Harry Mckechnie and Micky Doust finished with 41 points, with Harry winning on countback. Roger was third, with three players scoring 37 points: Rob Coates, Alan Bulpin and the leading visitor, Graham Ruth of Tavistock Golf Club.

Seven players had a 2, but only 5 entered the 2's competition and share the prizes for scoring a two: Michael Wigley, Adrian Whittaker, Roger Jenkins, Micky Doust and Glynn Coates.

Congratulations to all our winners, and thanks to all who took part.  All prizes are in Pro-Shop vouchers. 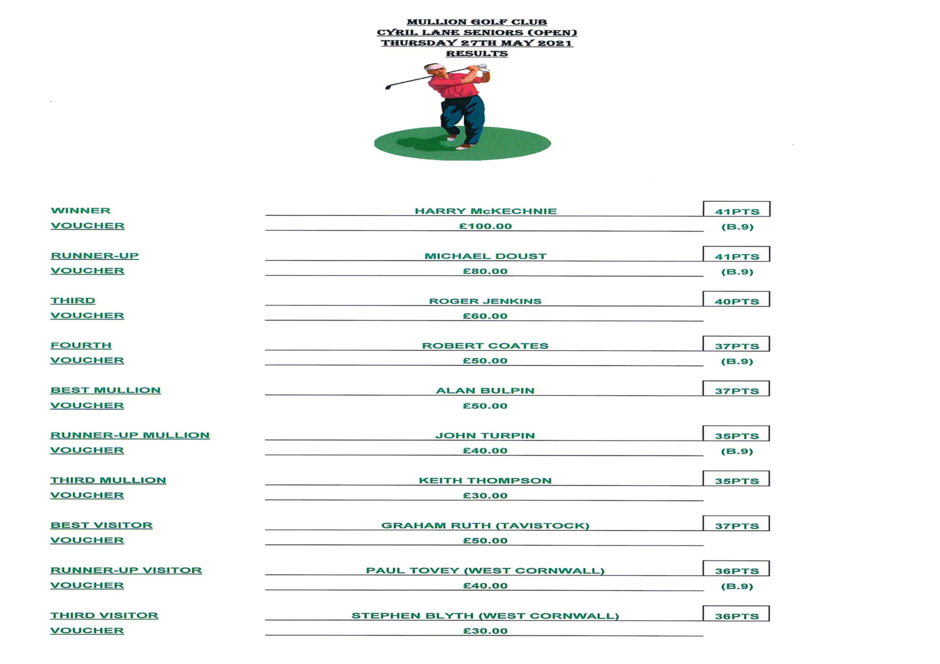